Finally the experts are saying what I was always hoping they would say about my excessive coffee drinking—“It’s good for you.”

The health benefits of drinking coffee have always been a source of dispute among leading medical professionals, many of whom go back and forth on the pros and cons. In recent years, health professionals have begun to reach a consensus on this topic and determined that coffee can provide several positive benefits, if taken in moderation.

Dr. Joseph Mercola, a renowned physician and frequent medical commentator on several leading news sources, recently tackled the issue and provided a comprehensive analysis about the physical and therapeutic benefits coffee offers. Interestingly, he cited caffeine as the culprit that gives coffee its bad reputation among some doctors, but explained that the negative health ramifications of this substance are more pronounced if ingested in isolation, rather than in conjunction with other properties that exist in coffee beans.

He also put together a plain-language compilation of several studies demonstrating the healthy features of many people’s most beloved morning beverage, the first of which is a diminished risk of Type 2 Diabetes. Studies show that coffee has also been linked to a lower risk of both Parkinson’s disease and Alzheimer’s. While scientists have yet to pinpoint the property that reduces a drinker’s Alzheimer’s risk, they are currently exploring experimental treatments for Parkinson’s that mimic the effects on coffee on your brain. 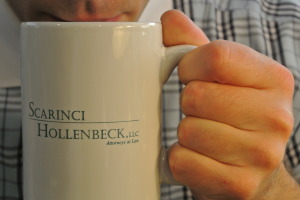 Cancer remains one of the leading causes of death in the U.S., and studies have shown that drinking coffee daily cuts the risk of being diagnosed with several types of cancer, including kidney and colorectal cancer in women. Men who drink three or more cups a day were found to slash their prostate cancer risk by 30 percent, or 60 percent if they increase their intake to 6 cups a day. The likelihood of falling victim to a stroke increases with age, but coffee has been known to lower this risk. Additional studies tout the benefits of coffee on heart and intestinal health.

Like other foods and beverages, you can maximize the health-promoting factors by focusing on the quality of the coffee you drink. For example, purchasing organic enables you to protect yourself from pesticides sometimes sprayed on the beans. Also, fillers, such as cream, sugar and flavorings, begin to diminish its health effects. Being mindful of the filters you purchase and the mugs you use can also prevent unnecessary and potentially harmful chemicals from seeping into your morning cup.

One friend of mine who never became addicted to coffee in college as I did told me recently that she began drinking it every day because of the health benefits. She buys the bean and grinds it fresh right before brewing it for maximum benefit. She uses the brown paper filter rather than the bleached white paper to avoid contaminants. Finally, instead of sugar she mixes her brewed coffee with a little cinnamon.

I like my coffee with a little half & half, no sugar; and my favorite coffee is Dunkin Doughnuts blend. After trying it freshly ground before brewing with cinnamon, I can skip the half & half and take comfort knowing that my pot of morning coffee is off the list of things I do that will eventually kill me.

Thanks for reading,
Donald Scarinci

For the pandemic to really end, we will need long-lasting vaccines that can prevent re-infection, Gates said. [...]

Even Wookie assassin Black Krrsantan can't keep things from getting more than a little dull as Boba Fett models a kinder, gentler kingpin [...]

He's buying a $9.9 million apartment at the exclusive Beresford. [...]

Volkswagen vows to double electric vehicle sales in China in 2022. [...]