Coin of the Year Awards for 2010 Coins

Israel won the coin of the Year for its 2010 Jonah in the Whale 2 Sheqalim coin.  The coin had been selected as the “most artistic” category winner.

Jonah and the Whale depicts the bible story of Jonah, who refused to do what God commanded and tried to flee by boat in order to escape his calling.  After he was thrown overboard by the crew and left to drown, he was swallowed by a big fish.  Three days later the fish spit him out.  The renewed Jonah, one with God, went on to successfully accomplish the mission that God had commanded.

The coin design wraps the whale and Jonah in a “yin yang” design.  The inscription on the reverse quotes Jonah 2:1, “thy billows and they waves passed over me…yet I will look again towards thy Holy Temple…”

Aharon Shevo designed the obverse and Gideon Keich designed the reverse.  The coin was engraved by Tidhar Dagan and minted in Finland.  2,800 were minted for this proof only, non-circulating silver coin which is the 16th commemorative coin in the Bank of Israel’s Biblical art series.

The following coins have won the Krause Coin of the Year award in their category for coins dated 2010:

Most Artistic (and also “coin of the year”): 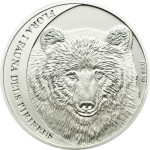 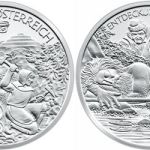 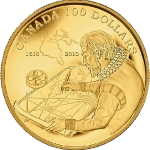 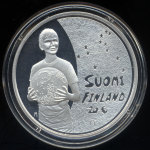 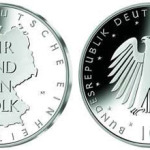 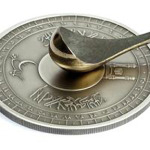 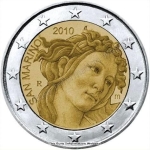 Tagged with: coins, krause coin of the year